The WKNTC has been closely involved in work related to the eulachon since the first spring (1999) when the critically-important fish population failed to return to the Bella Coola River as well as eulachon-bearing streams in Wuikinuxv territory. This involvement included funding or helping to find funds for ongoing technical and cultural work; the organization of two province-wide conferences, one in 2000 and the other in 2007; and as a cooperating partner in the Sputc and pole-raising ceremony in Bella Coola in 2014. 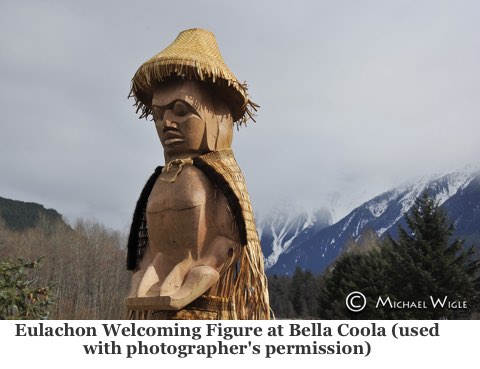